What is the TOPS mission? A Quick Look at NASA’s Latest Commitment Toward Open Science 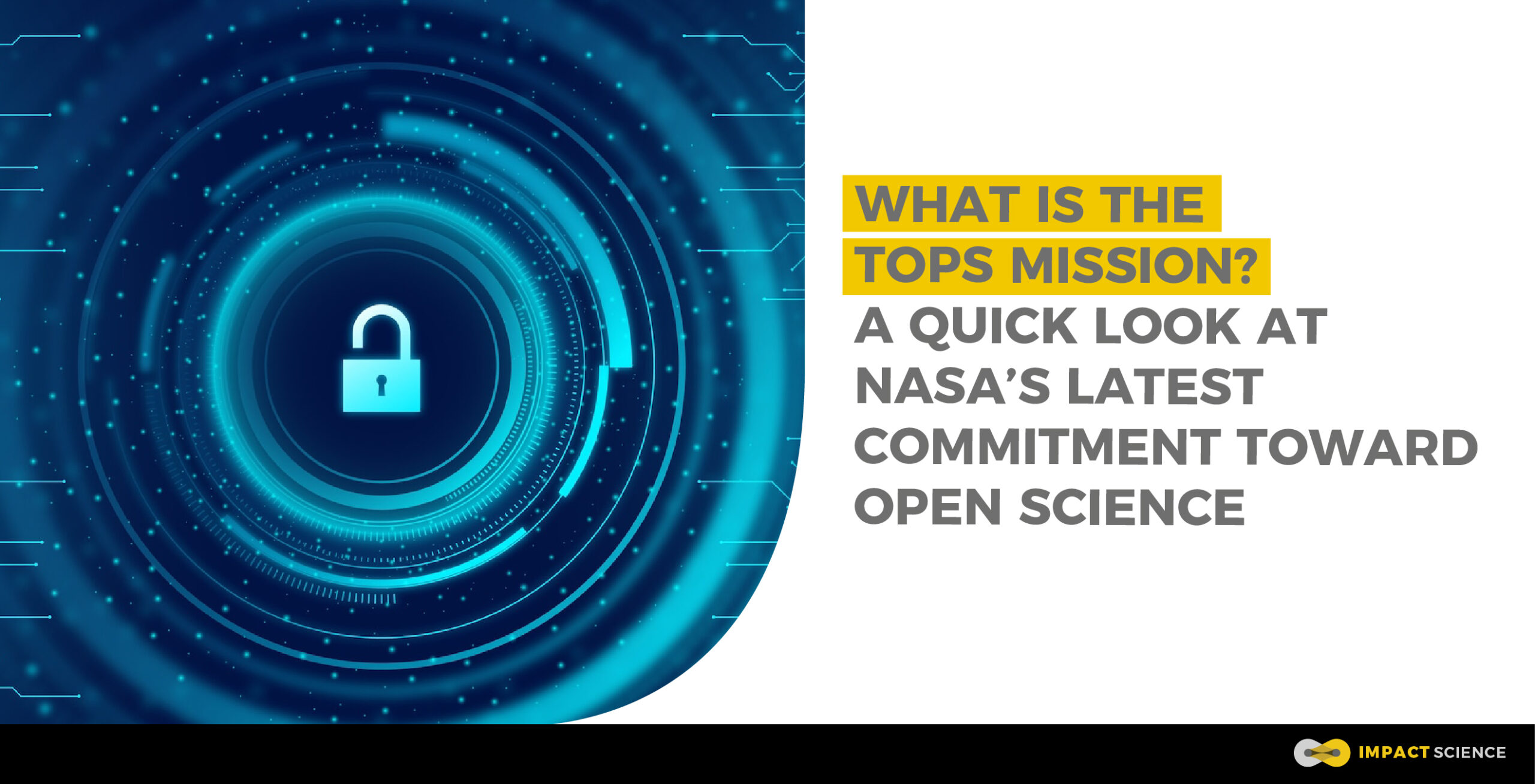 On January 11, 2023, the White House Office of Science and Technology Policy (OSTP) in the US declared 2023 as the Year of Open Science, in collaboration with multiple well-known federal agencies such as NASA and the US NIH. Among these agencies, NASA stands out for its Transform to Open Science (TOPS) mission, which is intended to accelerate the organization’s own open science practices.

See also: The New US Government Guidelines on Access to Federally Funded Research: A List of FAQs for Research Journals and Publishers

What is TOPS about?

The TOPS mission is expected to span around 5 years, with the following goals:

Under the TOPS mission, NASA TOPS plans to partner with 12 scientific societies to advance the adoption of open science, develop and disseminate an open science curriculum, and accelerate open science practices in minority serving institutes (MSIs) through prizes, challenges, and hackathons.

Why did NASA launch TOPS?

In an article in Nature, Chelle Gentemann, the TOPS mission lead explained the need for open science in the context of the multiple intersecting challenges that the world faces today, such as food and water insecurity. She pointed out that efforts to solve these challenges will “require a fundamental shift: from simply sharing results in journal articles to collaborating openly, publishing reproducible results and implementing full inclusivity and transparency.” She also added that “Much of NASA’s success can be attributed to a culture of openness for the public good.”

What is going to happen next?

NASA has already announced plans of conducting free in-person and online workshops throughout the Year of Open Science on basic skills that researchers need to practice open science, such as how to write a data management plan or software management plan. MSIs in the US will likely receive special attention for such activities. In addition, NASA will conduct similar workshops at 12 scientific conferences in 2023.

TOPS and inclusion in science

It’s worth noting that inclusivity is a key feature of the TOPS mission, with its focus on MSIs and under-represented communities. Since open science is based on transparency, collaboration and participation, successful open science requires strong commitments toward diversity and inclusion. As Gentemann remarked, “To change everything, we need everyone.”

How Societies are Engaging With and Supporting ...