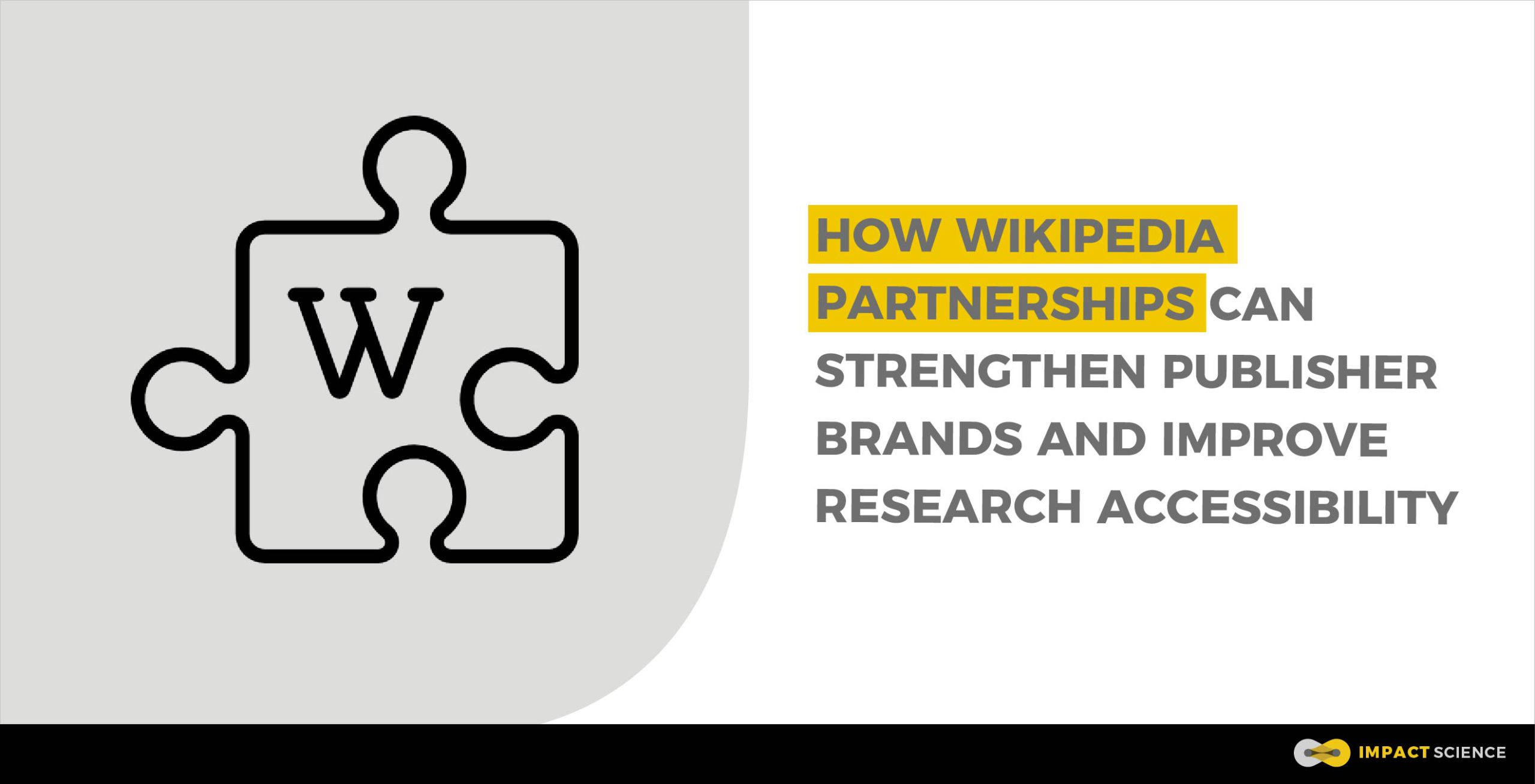 In an August 9, 2022, press release, SAGE Publishing announced a new partnership with the Wikipedia Library to provide experienced Wikipedia editors with immediate free full-text access to their journals. According to the press release, “The partnership will connect peer-reviewed research to those outside of academia for greater societal understanding and increase research connections.”

This followed a similar announcement in May by Wiley, who also agreed to provide access to the material in their journals. The experienced editors chosen to receive complete and unlimited access will be determined based on the frequency, volume, and quality of their updates.

In entering into these partnerships, both SAGE Publishing and Wiley expressed a desire to increase the accuracy of the information found on Wikipedia and allow that information to be more available to scholars and policy makers. Wiley also expressed an interest in combatting the misinformation that has been so prevalent on the internet.

What could such partnerships mean to these and other academic publishers? Allowing Wikipedia unlimited access to their journals will increase the visibility of the publishers’ journals and articles, thus building the publisher’s brand. Wikipedia is frequently used by researchers as a source for initial topic reviews, and many scholars and students then utilize the citations and references in the Wikipedia article as a starting point for their own literature searches. If an increase in the number of times a journal’s articles are cited in other published articles occurs, the journal’s impact factor will be improved, which again goes to building its brand.

See also: How Do Journals Stand Out in an Increasingly Cluttered Digital Space

The above agreements may also improve Wikipedia’s reputation in research circles. In general, Wikipedia does not have a good image in academia, and citations of its website articles are discouraged and often prohibited by universities. This is because the articles are user-generated and not peer reviewed as are articles published in scholarly journals. Although Wikipedia does have featured articles, which are peer reviewed, the process is not as rigorous, and changes to the article can be made later. These differences lead to a distrust of the information by academic scholars. By positioning articles as based on peer-reviewed research, Wikipedia stands to gain credibility in the scholarly community.

A marriage between Wikipedia and these and other respected academic publishers may also help to decrease the mistrust the general population currently has in science. Allowing their research content to be more transparent and “available” may calm some fears about possible hidden agendas and take away some ammunition used by conspiracy theorists. However, unless the public also has access to this research, much public distrust in science will remain. Publishers will therefore need to continue exploring alternatives to make science accessible to lay audiences.

The partnerships between academic publishers and Wikipedia are part of an ongoing trend to increase the general population’s interest in and access to scientific research, as reflected by the passage of the CHIPS and Science Act in the US and the upcoming opening up of access for publicly funded research. These actions may help to alleviate the mistrust of the general population in science and increase interest in research.

I have over 20 years of experience in higher education. I started out as a math and statistics instructor and tutor and then moved into administration as the director of planning and research for two community colleges. This position involved extensive report writing, including statistical and research results and grant and accreditation reports. I earned a bachelor’s degree in chemical engineering and a master’s in math with a concentration in actuarial science. I have also taken numerous post-graduate courses in data management, institutional research, and higher education, including some writing-intensive Ph.D. level research courses. When I’m not working or reading, I’m often doing volunteer work with my local canine rescue group. I have three dogs of my own and am usually fostering one or two, which keeps me on my toes.